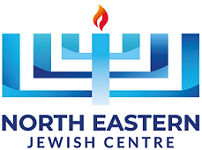 Rabbi Menachem Sabbach, originally from Melbourne earned a Diploma of Talmudical Studies from the Rabbinical College of Australia and New Zealand in 2004 and further advanced his Talmudic studies receiving his bachelor’s degree from the Central Rabbinical College of America. In 2009 he was granted Rabbinic ordination in a variety of areas of Halacha (Jewish law) by leading Ashkenazi and Sephardi Rabbis including Rabbi Z.N. Goldberg head of Jerusalem Beth Din.

Rabbi Sabbach paved his way into the Rabbinate, serving as Rabbi in the Sephardi congregation of Melbourne beginning in December 2011. During this period, he furthered his studies at the Melbourne Kollel, receiving a diploma in practical rabbinics and successfully completed his post graduate studies in Israel.

In 2015, he received the qualification of Dayan by Rabbi Z. N. Goldberg (Av Beth Din (Chairman) of the Jerusalem Beth Din), entitling him to sit as a judge on the bench of a Jewish Religious Court.
In addition to serving as our Rabbi, Rabbi Sabbach also serves as a Dayan (judge) on the Melbourne Beth Din and is a Kosher Administrator for Kosher Australia.